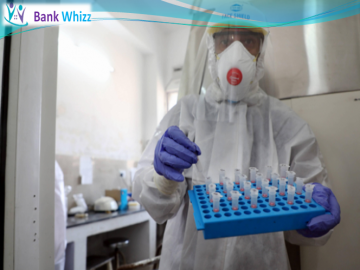 The results of a serological test conducted across 69 districts by the Indian Council of Medical Research (ICMR) have indicated that the confirmed numbers of COVID-19 infections reported from the RT-PCR tests are likely an undercount. Serological or antibody tests are not as accurate as the PCR tests, but they are useful indicators of the spread of the novel coronavirus among people. The ICMR study found that 0.73% of the population, examined for antibodies produced specifically for SARS-CoV-2 via an ELISA test, had evidence of past exposure to the virus. In a population with a low infection rate, there is a higher possibility of “false positives” being reported. A number of respondents could have been found to have released antibodies specific to coronaviruses, but without actual exposure to SARS-CoV-2 alone. But the ICMR in its methodology note in a paper in its online publication, Indian Journal of Medical Research,had said that the actual results would account for the limitations of the ELISA test. If this is accepted, then the number of people found to have been exposed to the virus would be 7 lakh people or more, if the overall population of these districts is considered, much higher than the 35,000 people who had tested positive in the entire country during this period. The full paper detailing the results of the study by the ICMR is still not out in the public domain. Serological tests, despite inaccuracies, can be a useful guide of the extent of the infections among vulnerable people and within hot spots, and periodic tests of this kind are a must amid the rise of cases that have now crossed the 3.2 lakh mark. The clear takeaway from this report is not what the Director-General of the ICMR claimed that there is no evidence of “community transmission”, but that there has not been adequate testing by the more accurate RT-PCR method.

While the “lockdown” strategy might have slowed down the rise in cases and fatalities in the early period of the outbreak in the country, the severe effect it had on the economy, besides its uneven implementation in urban areas where physical distancing is a difficult proposition, made it an untenable strategy to pursue over the longer term. India continues to register among the highest daily rises in COVID-19 cases and fatalities world-wide and this has now burdened the health institutions in many urban centres following the easing of the lockdown. Yet, authorities continued to test at relatively low levels with a lot of variance across States. Some States such as Maharashtra and Gujarat have tested at a higher rate (tests per million population) than many others, but have not increased the overall testing to account for the relative rise in the size of the outbreak. Telangana has still not ramped up testing numbers adequately and has been opaque in the release of testing data. Testing, tracing and treatment at a higher order across the population besides measures such as mask wearing and practising hand hygiene, as the experience of several countries that have considerably slowed down the rise in the case count shows, is the clearest way to address the outbreak.