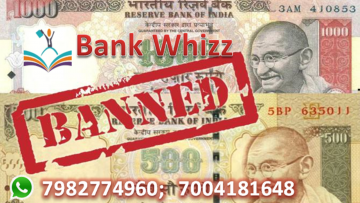 Memorable points to be elaborated:

Demonetization of currency means discontinuity of the particular currency from circulation and replacing it with a new currency. In the current context it is the banning of the 500 and 1000 denomination currency notes as a legal tender. The government’s stated objectives behind the demonetization policy are as follows:-

If we compare the merits verses demerits, it will be safe to conclude that the former outweighs the latter. Even though there is suffering and agony among the masses right at the moment but the forecast is that its benefits will be seen in the long run.