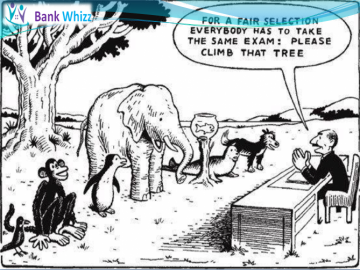 After achieving independence, some educationists of India realized the faults of our education system imposed by the Britishers. Many commissions like Radhakrishnan Commission, Mudaliar Commission, Kothari Commission, etc, were set up to discuss the very system pros and cons. After the close analysis of the system, some defects were brought to limelight which was to removed necessarily. There is no denying the fact that some reforms did take place in it; still, it is undergoing some other major defects as is clear fathoming the problems of the students here.

Students carry on their studies hoping they must get jobs later on; their labour will never go in vain. But what happens? … they remain unemployed despite having even first-class degrees. In so much so that they fail to maintain even their own expenses sufficiently. They, thus, get frustrated a lot.

Behind their frustration, which is responsible? Obviously, it is the faulty education we get. Let us diagnose its faults from close quarters:

In English, the word ‘education’ is derived from the Latin word ‘educere’ meaning ‘to lead out’; but out of which?….obviously of ignorance. At the same time, in the dictionary, there is another Latin word ‘educare’ meaning ‘to bring up’. It gives a broad meaning of education. Education is that which brings up our body, mind, and soul at once. These three maintain a balanced life. If any education being imparted to students lacks any of these, then it can never be called a perfect education. Such education was already available in ur Veda periods. The universities viz., Vikramshila, Takshashila, Kuch, Nalanda also had world recognition in imparting such perfect education. Students from China, Japan, Arab and from many others used to get benefited from such a versatile education.

Our existing education system pays some attention to the development of body and mind but it ignores the development of soul altogether. The development of the soul takes place through regular practices of spirituality. It is fully practical rather than theoretical. An English proverb puts an emphasis on the importance of soul which reads:

“For what is a man profited, if he shall gain the whole world and lose his soul.”

Here, the word ‘soul’ does not pertain to the spiritual, non-physical part of the human body; it rather pertains to morality and emotional sensitivity. These days, students lack soul. Their sole aim is to make money by hook or by crook when they get fobs, nay, they study only for this purpose. This is the reason why corruption, bribery, etc, are rampant in the society. Had there been a special emphasis on the edifice of morals in an appropriate environment created by our education system, there would have been less or no corruption, bribery and other mal-tendencies possessed by educated communities.

In the early periods, there was a close relationship between the students and the teachers. The teachers were worshipped by the students; even kings bowed down before them. The teachers, too, in return, left no stone unturned in imparting the best education to the students. The students did succeed in standing on their two feet in society after the completion of their studies.

Nowadays, what we notice is that there is a wide gap between teachers and students. The students have no due respect for their teachers and the teachers too, are careless towards framing students’ future; to build the characters of students is a worthless job for them. Our education system is unable to cement the very gap between students and teachers.

The existing education system is much theoretical rather than practical. There should have been a proper blend of the two instead. What students read in their books has hardly, any connection with their practical lives; this bookish knowledge of theirs fails to yield livelihood. It shows that our education can not stand in good stead in life; it is not job-oriented.

For educated unemployed students, business is left as a last resort. Their positions become just like those earners who have never tasted education, but they are earning substantially through their experience in particular fields. Therefore, why do people waste their time and energy in acquiring such education? They should rather give priority to some technical knowledge through which they at least, can maintain themselves and their families.

Education is that which makes students good citizens and crafts usefulness into them. The existing education system makes an effort to make them good citizens to some extent but it fails to craft usefulness in them. In both regards, general education will have to be made compulsory up-to-the higher secondary level so that students may keep their families on the prosperous, peaceful, healthy and education track, plus, they may understand the country well. In general education, students will learn

This general education can frame students’ thoughts all-round; it can never go in vain. Each and every student will feel proud of the education they will be getting.

John Hershall mentions knowledge and learning, he got from true education in these words:

“The knowledge and learning have always been the source of inspirations and solace even during the times of adversity in the varied events of my life.”

It is, therefore, such education should be imparted which may always stand in good stead even at the time of adversity.

The essence of a good education is to broaden the outlook of students by bringing about necessary changes. There is a close relationship between natural surroundings and man. Mother Nature broadens our outlook; she provides us with such interesting and inspiring knowledge which we do not get merely by going through various books. Her teachings, some times prove to be striking.  She sometimes stirs our underlying ability. The great scientist Isaac Newton was stirred by a falling apple from a tree. This natural phenomenon provoked him to know the secret. And he then propounded the theory of ‘Gravitation Law’.

There are many secrets hidden in nature which are still to be found out. We can feel nature only to keep ourselves close to her. Rabindranath Tagore felt it and it was because of that, he could pen a world reputed book ‘Gitanjali’, which later on won him the Nobel Prize in 1913.

Rabindranath Tagore was an educationist of the first water. He wanted students to carry on their studies in the lap of Mother Nature. For the very purpose, he established ‘Shantineketan’ in 1901 which has won world applause. Students from various parts of the world are enjoying the unique education there.

Rabindranath Tagore wanted to create a free and open environment for children. Such an environment, really, creates an urge to view the whole world in a distinct angle. It creates liberty of mind; it does not create any bondage of boring education. Students embrace textual chapters pleasantly.

Education is closely related to colours, sounds, and movements of the body. These are special languages through which we can express our views entirely of our won. We mostly use words to express our thoughts but we use specials languages to express our various sentiments. And a man without sentiment is not man at all. In the words of Rabindranath Tagore:

‘We may become powerful by knowledge, but we attain fullness by sympathy.

To raise sentiments, Rabindranath Tagore gave special stress on the special languages which can be expressed through drawing and paintings, singing and dancing and acting on the stage.

Having known to these facts, our education system seems to be worthless. We are aping western education cornering our high and rich traditional education. This is nothing but our unpatriotic propensity. William Burke remarked in this connection in these words:

Education is the chief defense of nature.

What type of education do we have which can not defend our rich culture and tradition?

India is a country of villages and the students there have got to attend to their domestic activities and the activities of education. They are, thus, unable to devote themselves sufficiently to their studies and the reason for which very few of them can qualify in overcrowded job-oriented competitions. Many of them evade going to schools and colleges thinking of their bleak chances of getting a government job. They engage themselves in earning their livelihood either by living in their villages or by going to town or cities.

Sometimes, it so happens that students get plucked in the most important secondary school examination upon which their future rests. With their failures in it their chances of getting government jobs become bleak. They even can not take a loan from the government fund for starting a business without the matriculation certificate. After getting plucked in the examination in question, many village-students fail to muster up their courage to sit for the examination again. On behalf of such students, I strongly advocate the ‘no-exam policy which has recently been declared by the existing Government.

Students whether they belong to villages or towns or cities, carry on their studies to get jobs finally. For this purpose, they must sit for competitive examination, provided, they have required certificates for those. In the absence of such certificates, they are disqualified.

I want to convey my point of view through it by raising a question, if the studies of students end in jobs, why these certificates are a must. Since childhood, students ascertain their definite goals; but the barriers of examinations deviate their minds. These barriers, sometimes, dish their hopes also.

If students carry on their studies focusing on their respective goals since childhood, they will become efficient for their cherished goals until the required age. Hence, I flatter myself that no-exam policy would stand in good stead for the students.

Students need such an education system in which they may get well acquainted with various types of employment. There should be a special class for that during the school period which may help students select their definite goals as per their ability. Because of the lack the knowledge of various employments among students, there is a great rush for selected employments.

Sixty-two years have passed since English colonialism was rooted out from the country; but our universities are still steeped in colonial mindset. It has affected badly on our rich culture and tradition. The university has clearly failed to inculcate due patriotic spirit into the students. Methods of technique and learning, courses of study and the conduction of examinations have not prepared indigenously.

The Kothari Commission held in 1966, took initiative in this regard. It wanted at least 10% of those total colleges i.e., the colleges can initiate educational innovation, design curricula, evolve new methods of teaching and learning, prescribed courses of study, conduct the examinations in their own ways keeping the maximum benefit of the students in the mind. But it is a matter of sorrow that this policy of sanctioning autonomy to colleges has been a failure. However, there are still 140 autonomous colleges in India but they are in bad condition. His is due to cold attention paid by the people and the government as well. However, these autonomous colleges have shown sterling performance in building up students’ characters and careers.

We should have autonomous colleges where we may feel at ease in getting education entirely of our own.

For shaping vast educated India, we will have to throw ourselves into dynamic activities not through the party –politics but through pure, moral, concrete and determined steps.

Let us own liberal views with regard to selves, society, country, world and finally the whole universe without confining ourselves only to books; let us give a hand to something creative.