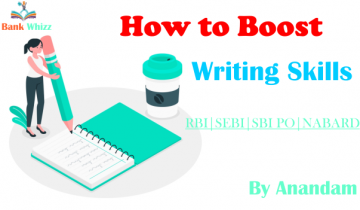 Good writing skill matters in fetching better marks in the regulatory body exams. It is generally noticed that the aspirants for such exams fair well in Objective English Paper; but, as they attempt the Descriptive English Paper, they fail to implement the knowledge of English gained. In fact, Descriptive English paper is the practical side of learning English. It requires focus on multiple dimensions such as the proper use of grammar, syntax, lexicology and punctuation. In addition, it requires sound knowledge of the topic given in the concerned paper. The following is a passage to be edited from different dimensions. The answer will be displayed then and there on submission. Hope, it will definitely suffice.

Click here for personalized evaluation of what you’ve written