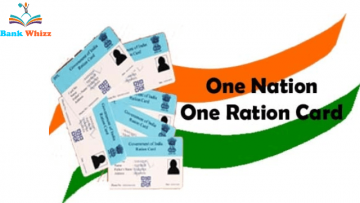 One Nation One Ration Card Scheme is a flagship scheme proposed by the NDA government in which the ration cardholders can access PDS benefits from any Fair Price Shop (FPS) irrespective of any place in the country. This scheme has been announced as a relief measure for millions of India’s migrant workers. The scheme played an historic role during the COVID-19 pandemic.

On January 20, 2020, Union Minister Ram Vilas Paswan announced that the NDA government’s ambitious scheme ‘one nation one ration card’ would be rolled out to the whole of India from June 1, 2020. At present, 20 states in India have adopted this scheme and have implemented ration card portability in their jurisdictions. Soon the scheme will further be extended to the remaining states by March 2021. Around 81 crore people are entitled to obtain food grains at subsidized price rates from their FPS under the National Food Security Act, 2013. Under the ‘One Nation, One Ration Card’ system, such beneficiaries will be able to access food grains from any FPS across the country through bio-metric authentication on electronic Point of Sale (ePos) devices already installed at FPSs.

Challenges are many and the progress is going on. Once the target of 100 percent of Aadhar seeding and installation of ePos machines is achieved, the national portability of ration cards will become a reality.